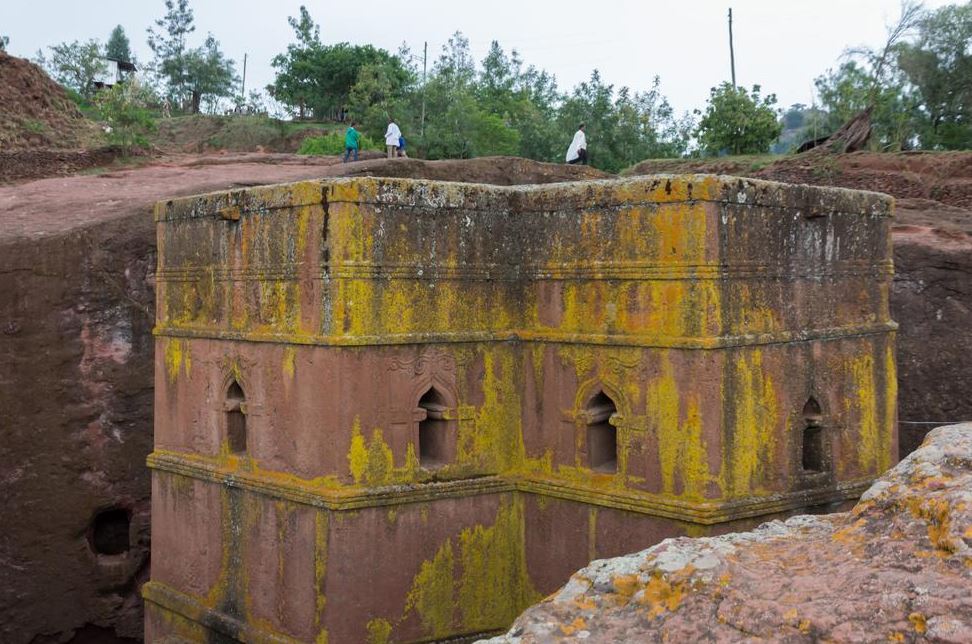 He is sitting in a darkened room. Aba Yared Miseganawe welcomes his guests in a modest house in the streets of the city. The top priest of Lalibela made himself comfortable behind his heavy wooden desk – behind him a yellow-brown curtain with rose ornaments and a picture of Our Lady with the Child Jesus, in front of him a cardboard box and a ticket from Ethiopian Airlines. A long gold necklace with a cross pendant falls heavily over the black fabric of his robe.

The city of Lalibela is known for its complex of eleven mighty monolithic rock churches and is on the program of most Ethiopian travelers. It is an important place of pilgrimage for Ethiopian Orthodox Christians and is also known as New Jerusalem. The churches were carved out of the red basalt lava in the 12th and 13th centuries for a total of 23 years. Barely visible from a distance, they offered praying Christians protection from the invading Muslims. Since 1978, the churches are part of the UNESCO World Heritage.

Nobody who visits Lalibela will ever forget these mystical buildings, says Yared Miseganawe. Finally, they deceive the handwriting of God: In order to realize the churches, God had the major emperor of the Zagwe dynasty, Lalibela, recalled for three days in the sky. There he showed him the corresponding plans. Lalibela realized this after his return to earth and had the houses of worship cut out of the rock.