Asfa-Wossen Asserate is great-grandson of an empress and grandnephew of the Ethiopian Emperor Haile Selassie. Once a Tölz music teacher familiarized him with Mozart’s music. The Frankfurt Prince never forgot that. A special Easter story.

Bad Tölz – A year ago in the Easter edition of the Frankfurter Allgemeine Zeitung a fine essay by the author and business consultant Asfa-Wossen Asserate entitled “Resurrection” was published. The now 69-year-old remembers back to an Easter celebration of the Ethiopian church in 1963 in the 2500 meters high pilgrimage Lalibela, whose unique rock churches belong to the World Heritage. Also on his music teacher from Bad Tölz, Siegfried Hämmerle, the prince is a short. He was working in Africa with his wife Rosemarie.
Short background: In his biography “A Prince of the House of David” describes the doctorate ethnologist Asfa-Wossen self-confident that in Ethiopia, the oldest humanoid skeletons were found. The country was not only the cradle of humanity, but had already been Christianized, “when the Teutons still prayed to Wotan”. His family traces their descent back to King Solomon.

With the imperial family, 15-year-old Asfa-Wossen experienced the six-hour Easter Mass, which ended at 3 o’clock. Then, on the cold night, the fires had been lit, and his father, the president of the Imperial Privy Council, had taken out a battery-powered turntable and put on Mozart’s Coronation Mass.
“The music enchanted the night. People came out of the huts, lay silently in the grass and listened spellbound. “That is, the peasants said to the young prince, in response to his curious question,” divine music. ” He himself, Asfa-Wossen writes in the FAZ report, he already knew this divine music. By the German School in Addis Ababa, where “our music teacher from Bad Tölz in Bavaria” introduced Mozart to us.

A big leap from Easter Lalibela in 1963 to Bad Tölz in 2018: sitting on a three-legged, one-piece Ethiopian chair, Rosemarie Hämmerle sees countless memories of her five-year stay abroad in Addis as she looks around the room Abeba. In the 1960s, 20 years ago, her late husband worked as a music teacher in Addis Ababa at the German School, which enjoyed an excellent reputation. The 87-year-old Rosemarie Hämmerle – she celebrates birthday on Holy Saturday – was a religious teacher and led the German-speaking Catholic community. Half a century later, Ethiopia has been a formative period. “That shapes you, because you get foresight and tolerance, for which one must be grateful.”
And what are your memories of the prince? An excellent and conscientious student who spoke excellent German and headmaster of the institution with about 600 girls and boys was. And: “A fabulous singer.” Her husband also said that, after all, co-founded the Tölzer Knabenchor and worked as a conductor, répétiteur and pianist with top singers like James King and Hermann Prey. By the way, the Hämmerles were very enterprising and often traveled through the multi-ethnic state of Ethiopia with their two sons during the five years. In the luggage had the later Tölz high school teacher always a tape recorder. His unique collection of Ethiopian music is digitized today in the Ethnological Museum Berlin interested parties available.

And how does the prince remember who experienced the overthrow and death of his uncle and many family members as a student in Germany? Hämmerle was “an excellent teacher,” says the 69-year-old, who has written a very successful book on “manners”, with a good-sounding voice and set words on the phone. “He has familiarized us with all the classics right up to Carl Orff.” Through his deep understanding of both cultures, he had succeeded in inspiring people with a different background in European music as well. 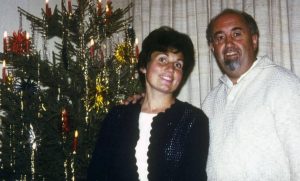